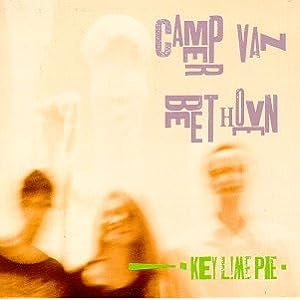 This California band formed in 1983 and put out four criticially-lauded albums before their initial breakup in 1989.  Fronted by bassist/vocalist David Lowry, the band signed to Virgin Records in 1987 and put out Our Beloved Revolutionary Sweetheart, followed by Key Lime Pie, which featured their highest-charting single “Pictures of Matchstick Men”.  This cover of a 1970s Status Quo song combines the band’s tight chops, an irresistible fiddle riff, a perfectly-measured guitar attack and Lowry’s rough, urgent voice to create a memorable alternative radio staple.  After Lowry’s stint in the successful Cracker, Camper Van Beethoven reunited in 1999, has released several new records, and continues to perform intermittently.

TODAY ONLY📍 Become a sustaining member or inc

We tallied all your votes and today's throwback po

Today is the first day of our Spring Member Campai