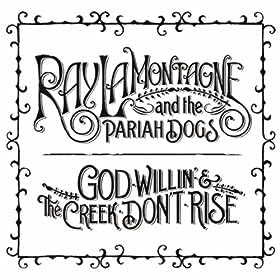 Ray LaMontagne and the Pariah Dogs – “Beg, Steal, or Borrow”

For this latest record God Willin’ & the Creek Don’t Rise, Ray LaMontagne took the production reins himself, putting together a small band to support his aching, nuanced songs. This song, the first single, features brushed drums and pedal steel, highlighting the subtlety within his work. Though he had explored some soul music on his last record Gossip in the Grain, he sticks to a laid back country feel on this album, letting his voice — by far the band’s best instrument — set the tone.