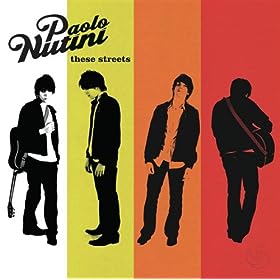 This song, from Nutini’s debut record These Streets, was written and recorded when he was only 20 years old. Last year, at the ripe age of 23, he released the followup Sunny Side Up, featuring his endearing raspy voice and slurred yet soulful style. Putting Otis Redding through the filter of a young, acoustic-guitar playing Scottish lad, his freewheeling music quickly found an audience and led his debut to sell more than a million copies.