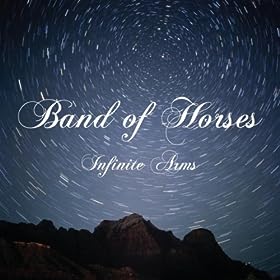 This song, from Band of Horses’ third album, harkens back to late 70’s guitar driven rock, with lead singer Ben Bridwell’s haunting vocals taking center stage. The band, who gained acclaim with their debut Everything All The Time and the follow-up Cease to Begin, were formed in Seattle but relocated to South Carolina in 2006. This song comes from their most recent record Infinite Arms, which came out in May of this year.