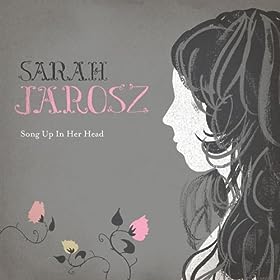 Austin native Sarah Jarosz, not yet 20 years old, is a multi-instrumentalist (mandolin, clawhammer banjo, guitar) whose voice and overall sound have been compared to Gillian Welch.  She made quite a splash in 2009 with the release of her bluegrass-tinged debut, Song Up In Her Head, from which this track comes.  Another song off the record, “Manssinneedof”, was nominated for a Grammy Award in the category of Best Country Instrumental Performance; Jarosz has also been nominated for New/Emerging Artist of the Year in the 2010 Americana Music Awards.  You may have also heard her intense cover version of the Decemberists’ “Shankill Butchers” on KXT 91.7 in recent weeks.