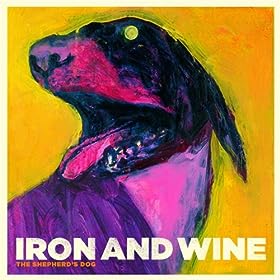 Iron and Wine – “Pagan Angel and a Borrowed Car”

Many first experienced Iron & Wine from his cover of The Postal Service’s “Such Great Heights” on the Garden State soundtrack. The entire Iron & Wine discography has a dark and eerily beautiful sound that Sam Beam has made his staple, from his first record The Creek Drank the Cradle to this 2007 album, The Shepherd’s Dog, which was produced in his new home studio outside of Austin.