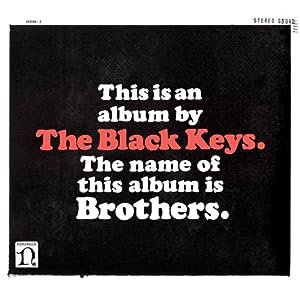 The Black Keys – “Tighten Up”

This new track from the Black Keys continues the more experimental work they began on 2008’s Danger Mouse-produced Attack and Release. The simple combination of Dan Auerback and Patrick Carney began as a raw blues duo, but has grown to include a strong 60’s pop influence, exhibited on their upcoming record Brothers.