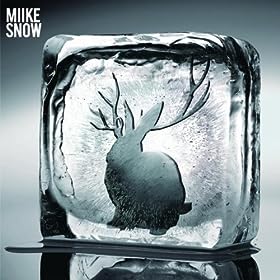 This is what happens when three Swedish producers (two of whom won a Grammy for Britney Spears’ “Toxic”) get together to make something of their own. Having remixed Kings of Leon, Passion Pit and Vampire Weekend, their brand of soaring electro-pop has garnered a lot of play on KXT 91.7, between this song and “Silvia”, both from their self-titled debut album.