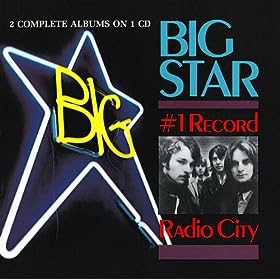 Posted in memory of Alex Chilton, who formed Big Star with Chris Bell after his first band, the Box Tops disbanded. A truly intimate recording featuring the crack in Alex’s voice and the squeak of fingers on strings, from the compilation of their first two records, #1 Record/Radio City. Big Star was a huge influence on later power pop groups like the Replacements, R.E.M., Wilco, and Matthew Sweet.