Couldn’t make it down to Austin last weekend for ACL?  Fear not! KXT volunteer photographers Nathan Edge, and Christina Ulsh were there to catch some close up views of the performances. If these photos don’t inspire you to break into your rainy day fund and call in sick to work Friday, remember you can Live Stream performances from weekend… Read more »

Win tickets to see St. Vincent on March 14 at House of Blues in Dallas 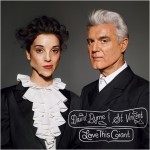 David Byrne & St. Vincent have confirmed the September 11 release of their album, ‘Love This Giant,’ to be released worldwide by 4AD under exclusive license from Byrne’s label Todo Mundo.* 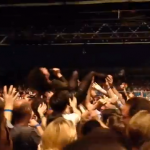 Annie Clark of St. Vincent is way cooler than anyone thought.  Here she is singing and crowd surfing at KXT’s Summer Cut. (Source: http://www.youtube.com/) 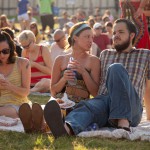 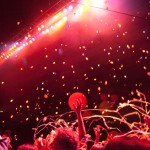 Though you wouldn’t know it from the name,St. Vincent is the stage name for singer-songwriter Annie Erin Clark. She has released three studio albums, some more commercially successful than the other, but all to high critical acclaim. Raised in  Dallas, Clark graduated from  Lake  Highlands  High School  in 2001, attended three years of school at Berklee College… Read more »

The Best of 2011 Listener Poll was fun.  It was like having an online chalkboard for folks to list their favorite albums and songs.  KXT didn’t give choice in the matter: it was all listener generated.  It’s no lie the Adele fans are out there ready to vote and make sure their girl is on top!  Go Team Adele.  Aside from that, it’s so… Read more »