This Friday, KXT will join public radio stations across the nation for a broadcast of John Lennon’s timeless song of unity, hope and peace, “Give Peace a Chance.” Tune in to KXT 91.7, or stream at KXT.org on March 11 at 12:30pm.

The joint effort is being led by Public Radio Program Directors (PRPD), the National Federation of Community Broadcasters (NFCB) and VuHaus Group. Paragon Media Strategies, which works with public radio music stations across the country, is helping to organize the campaign. 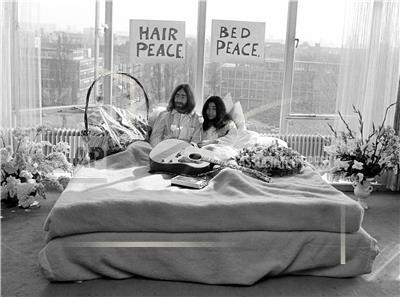 According to Lennon’s website, ‘Give Peace A Chance’ was recorded on June 1st and 2nd during John & Yoko’s second Bed-In for Peace in 1969. The song was released on July 4, 1969, and was the first single Lennon recorded without the involvement of any other member of The Beatles.

For fact-based coverage on the invasion of Ukraine and other breaking news, turn to our sister station KERA News 90.1, or stream at kera.org.