We’re thankful for good music, local artists and YOU – our listeners!

To celebrate, we’re airing two special broadcasts on Thanksgiving Day — “Alice’s Restaurant” and “The Last Waltz.” Learn more about the broadcasts below, and listen on KXT 91.7 FM or at kxt.org/listen.

Tune in for everyone’s favorite musical monologue by singer-songwriter Arlo Guthrie. The song, released on the 1967 album Alice’s Restaurant, is one of Guthrie’s most prominent works, based on a true incident in his life that began on Thanksgiving Day 1965 — and which inspired a 1969 movie of the same name. Apart from the chorus which begins and ends it, the “song” is in fact a spoken monologue, with a repetitive but catchy ragtime guitar backing. Listen to it in full at noon and 6pm! 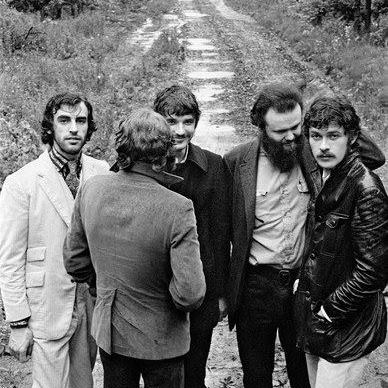 The Band, photo by Elliott Landy

@tripdaisyofcl is releasing their 1998 album “Je

Every Monday night at 7-8pm tune in for new music

Tune in every Thursday at 7pm CST for “The KXT L