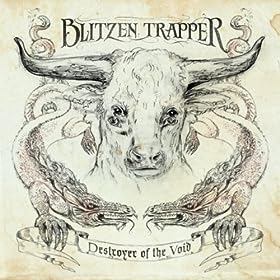 When their diverse third record Wild Mountain Nation gained some steam in 2007, a lot of fans were not sure what to make of Blitzen Trapper. Their 2008 release Furr recast their experimental folk with a heavy dose of Dylan, especially the title track, which recounted the story of a boy who found himself at home with a pack of wolves. This year’s Destroyer of the Void finds the band shoring up their sound to more classic pop influences like Petty and McCartney, while keeping their strong storytelling intact.